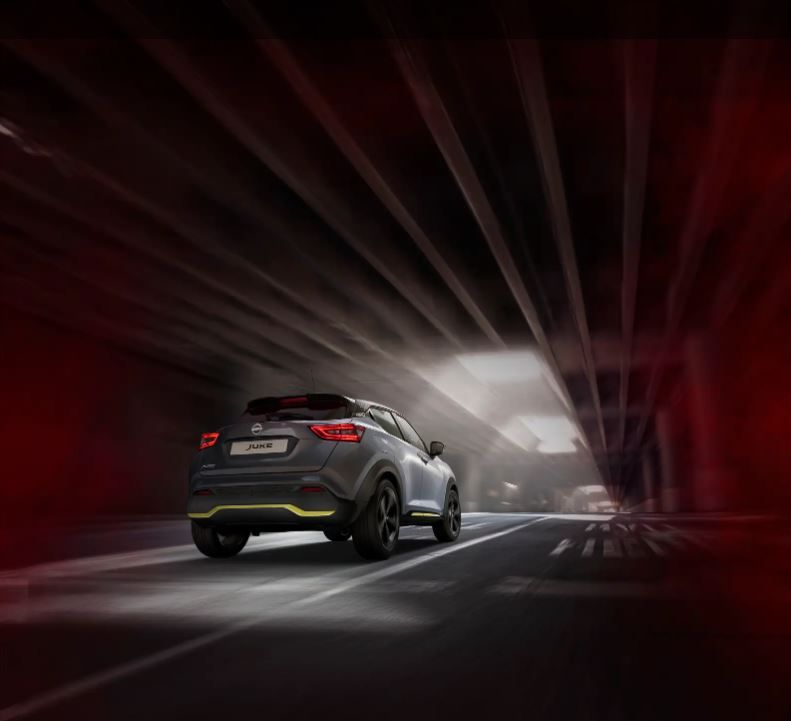 Building on its pioneering heritage of bold design, Nissan will offer a special version of its iconic Juke crossover called “Kiiro”, available to customers from the end of February with prices to be confirmed.

The Batman movie partnership
To support the launch of the limited edition Juke Kiiro, Nissan is thrilled to be entering a promotional partnership with Warner Bros. Pictures to support the cinematic debut of the all-new epic film The Batman.

Set to premiere in London on 4th March 2022, The Batman is the most hotly anticipated film of 2022 and of course features Bruce Wayne and The Batman, as well as fan-favourite Selina Kyle, aka Catwoman. The film finds The Caped Crusader on a journey from vengeance toward hope. We at Nissan feel that the Nissan Juke Kiiro embodies the same sort of spirit that celebrates a journey of discovery.

This partnership will be activated in cinemas, on social media and on billboards, with Juke imagery alongside iconic The Batman film graphics.”

Eye-catching design
Taken from the Japanese word Kiiro, which means "Yellow", this special version unveils a new and very modern Juke body colour called Ceramic Grey, which is off-set by the addition of unique bright yellow finishers on the lower part of the front bumper, at the base of the doors and rear bumper.

Together, these flashes of colour add dynamism and a provocative streak to the Juke Kiiro’s exterior styling. An additional eye-catching detail is the aluminium finisher fitted to the lip of the front valance. Juke Kiiro also features glossy black 19” wheels.

A sophisticated pattern, can be seen on the mirrors and roof edges, the latter is fading as if wind or speed blew it away towards the rear of the vehicle. The overall effect is to give the Juke Kiiro an understated, daring but eye-catching look.