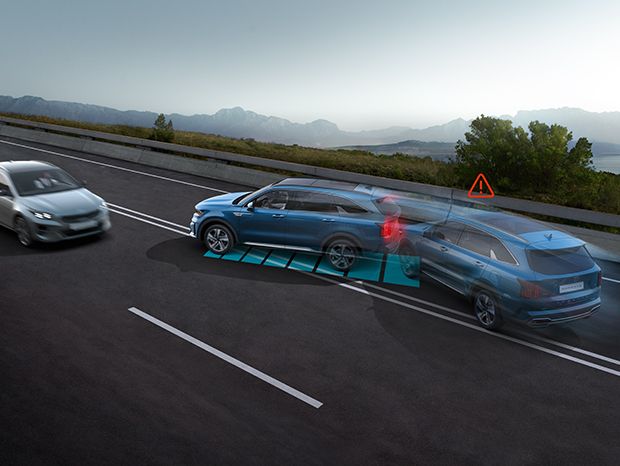 Wilsons of Rathkenny is proud to introduce the all-new fourth-generation Kia Sorento as the first car to be equipped with Kia’s innovative Multi-Collision Brake system (MCB), helping to prevent passengers from being involved in secondary collisions after an initial impact.

The system is designed to help prevent or mitigate the severity of secondary collisions, which may occur after an initial impact as the vehicle continues to a stop, often out of the driver’s control. MCB’s effectiveness in preventing secondary accidents has been acknowledged by Europe’s car safety assessment body, Euro NCAP.

The system activates if the vehicle’s airbags deploy, which indicates the severity of the incident. The system also monitors the position of the pedals to check if the driver is attempting to accelerate or brake.

The Sorento is already one of the safest cars in its class, fitted with a wide range of collision mitigating technology, including Kia’s latest Forward Collision-avoidance Assist (FCA) technology with pedestrian, cyclist and vehicle detection. MCB extends the Sorento’s safety remit by focusing on the situation immediately after an accident, further improving the car’s extensive safety package.

MCB comes as standard on all Sorento models, including the new Plug-in Hybrid model which is due to arrive in the showroom soon after its launch in Europe, early in 2021.

Kia will roll out MCB to other models in line with planned model updates during the coming year.