The New Crossland X SUV has been rated as best in class of 2017 for safety by EuroNCAP. back in November the Crossland X was awarded the maximum five star rating from Euro NCAP and now it has been recognised as class leading. 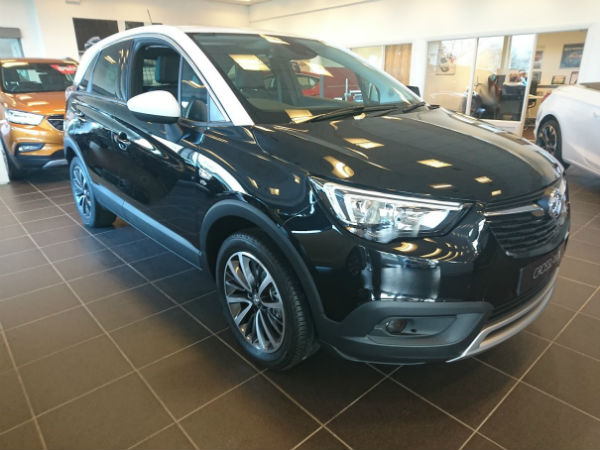 The family focused SUV performed well in each of the four safety areas tested and scored maximum points for adult and child occupant protection in the side barrier tests.
The EuroNCAP assessment considered a vehicle's performance in for safety areas, adult occupant protection, child occupant protection, pedestrian protection and safety assist. The Crossland X scored highly across all areas due in part to the models exceptional levels of safety equipment that are provided as standard including the front camera system offering traffic sign recognition and lane departure warning.
Optional features give drivers additional support should they require it and include forward collision alert, with pedestrian detection and automatic braking, driver drowsiness detection, 180 degree panoramic rear view camera and side blind spot alert in addition the optional LED headlights deliver optimum night-time visibility without dazzling other drivers.
Crisp and compact on the outside spaces and flexible on the inside with unique two-tone paintwork and SUV styling the Crossland X is in showrooms now
Alongside the popular Mokka X the newcomer is key new model in Vauxhall's burgeoning SUV offering which has grown further with the launch of the larger Grandland X that has just arrived in the showroom
For More information about the Euro NCAP award or to book your Crossland X test drive, call our Vauxhall Sales team on: 028 2175 8176
The cookie settings on this website are set to "allow all cookies". This is so that we can give you the very best experience while you're on our website. You can adjust your cookie settings at any time in your browser preferences. Privacy Policy I understand