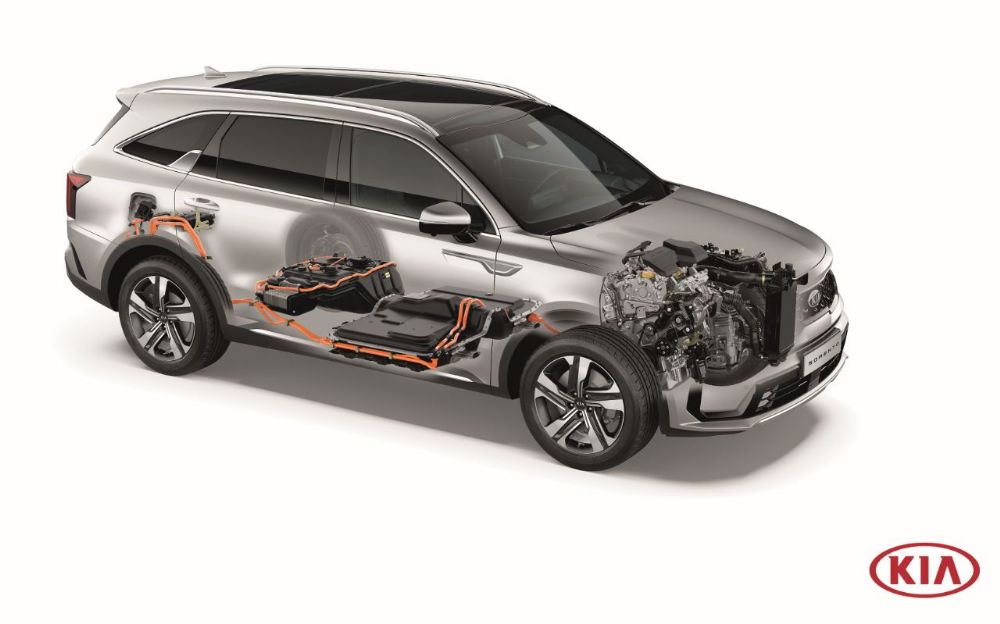 ·      Most powerful Sorento ever sold in Europe

The All-New three-row, seven-seat Sorento Plug-in Hybrid will be one of the most practical plug-in hybrid SUVs on the market and to demonstrate this, Wilsons of Rathkenny has released a ‘cutaway’ image revealing its intelligent packaging.

The new image reveals how the vehicle’s packaging of its long list of plug-in components – a large 13.8kWh battery pack, 67-litre fuel tank, 1.6-litre turbocharged T-GDi engine, 67kW electric motor and 3.3kW on-board charging system – are all integrated within the vehicle’s structure, retaining maximum space for luggage and up to seven occupants.

In addition, the Sorento Plug-in Hybrid is the most powerful Sorento ever to be sold in Europe, with an impressive 265PS and 350Nm of torque from its petrol and electric engine combination.

With its plug-in system, the Sorento Plug-in Hybrid is able to operate in electric-only mode, or a blend of electric and petrol power – providing power to the front wheels or all four wheels, depending on vehicle specification and road conditions.

The Sorento’s clever powertrain packaging means it retains generous space for up to seven passengers. It also offers one of the largest luggage capacities in its class – up to 809 litres with the third row of seats folded down.

The boot is the right size and shape to fit a pushchair and a couple of suitcases or weekend bags, or up to four large ‘flight’ suitcases. With all seven seats in place, the 175-litre boot can accommodate the accessories needed for a family day out, such as a picnic hamper, outdoors equipment, or a couple of weekend bags.

The 50:50 split-fold third-row seats are easy to fold downwards independently, using levers just inside the open tailgate to create a completely flat boot floor. The 60:40 split-fold second row of seats can also be folded down easily to create even more space for longer, larger loads, such as sports gear or, for the more domestically-minded buyer, flat-pack furniture.

Third-row occupants haven’t been forgotten either and still enjoy plenty of legroom and a comfortable seating position, while retaining ample cargo space too thanks to the fuel tank and 3.3kW on-board charger being located underneath the second-row seating.

Despite being laden with technology, the low position of the battery within the vehicle contributes to its balanced dynamic character, both on- and off-road, and enhances handling agility.

The Sorento Plug-in Hybrid will be one of only very few seven-seat plug-in hybrid SUVs available on the market, and certainly one of the most practical.

The Sorento Plug-in Hybrid will be sold with Kia’s unique seven-year / 100,000-mile warranty as standard, while UK specification levels, pricing and availability will be announced in due course.