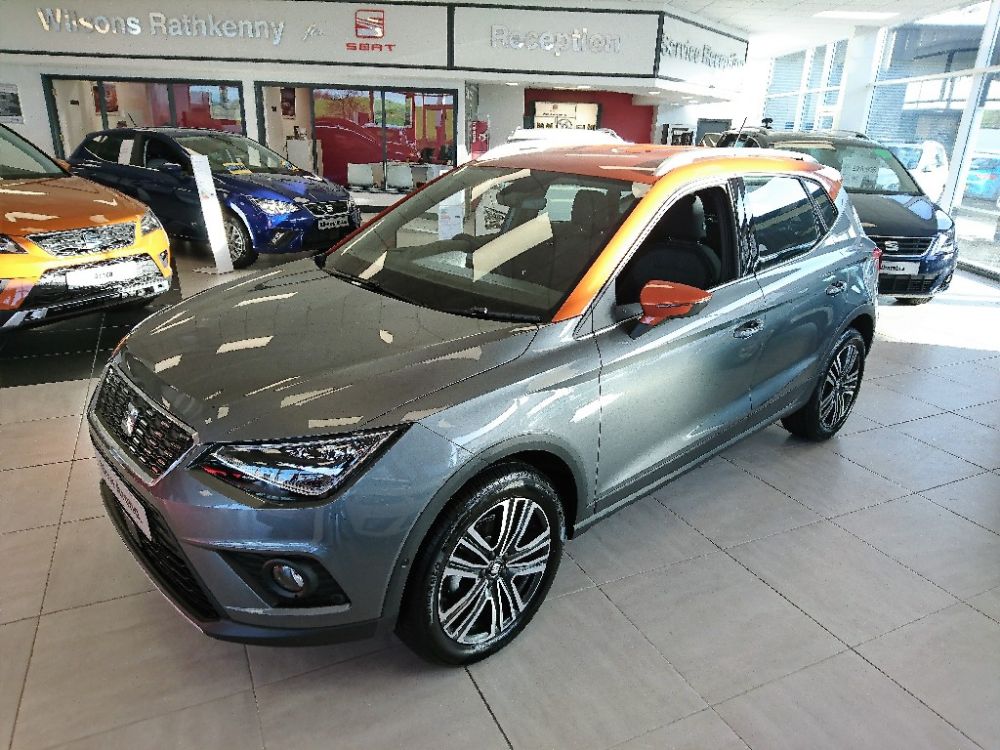 The New Seat Arona is put through it's paces in a recent review by Jason Craig for the Coleraine Chronicle and Ballymena Guardian.

ANOTHER week. Another SUV. And this time the spotlight falls on the Arona – Seat’s first stab at building a compact crossover. The Arona comes hot on the heels of its bigger brother, the Ateca, and with it going down well with customers both near and far, the Spanish company is looking to repeat the trick again. 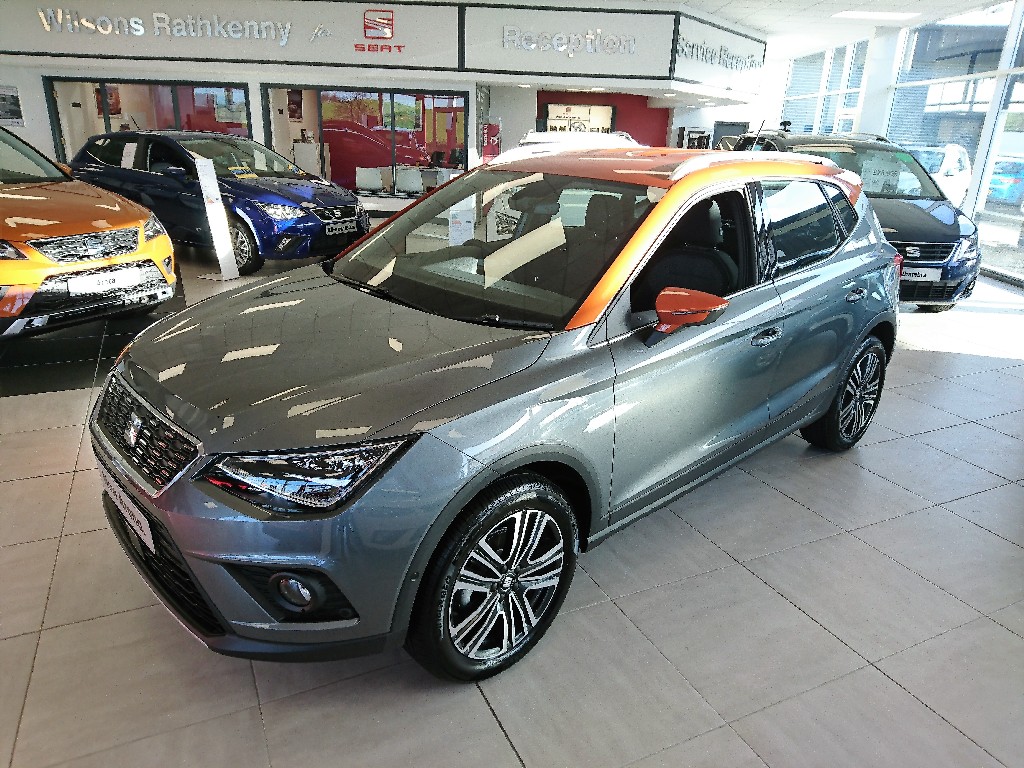 The Arona’s roots can be traced to the Ibiza supermini as both use the same platform meaning they share similar proportions nose to tail. The key difference is height as the Arona stand almost 100mm taller, while the ride has been jacked up by a whole 15mm. So, on paper, it promises to be practical and spacious.
But that is not the only reason why people are flocking to the small SUV market. Looks are equally as important and in that respect the Arona scores highly. 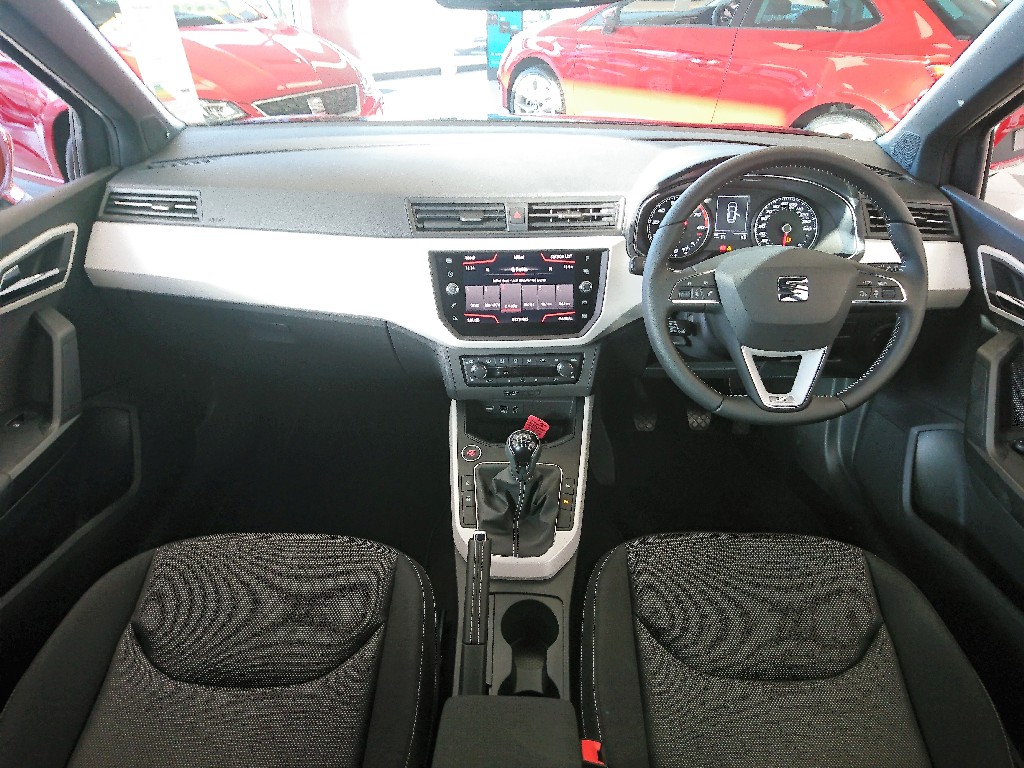 The front contains elements that have either been carried over from the Ateca or changed ever so slightly such as the grille - which is deeper and narrower - and the fog lamp housings. Overall, the exterior design is all about keeping it in the family and that means there is no mistaking that this is a Seat product.
Like all models in the range the Arona benefits from sporty headlights and in this case features a single-piece, triangular-shaped LED unit. The simple design philosophy continues at the rear where angular tail lights and a subtle spoiler are joined by a chunky skid plate that enhances the built-to-last feel. Another visual highlight is the silver finishing strip that starts beneath the A-pillar and follows the window line to the C-pillar where the ‘X’ from Xcellence is embossed. 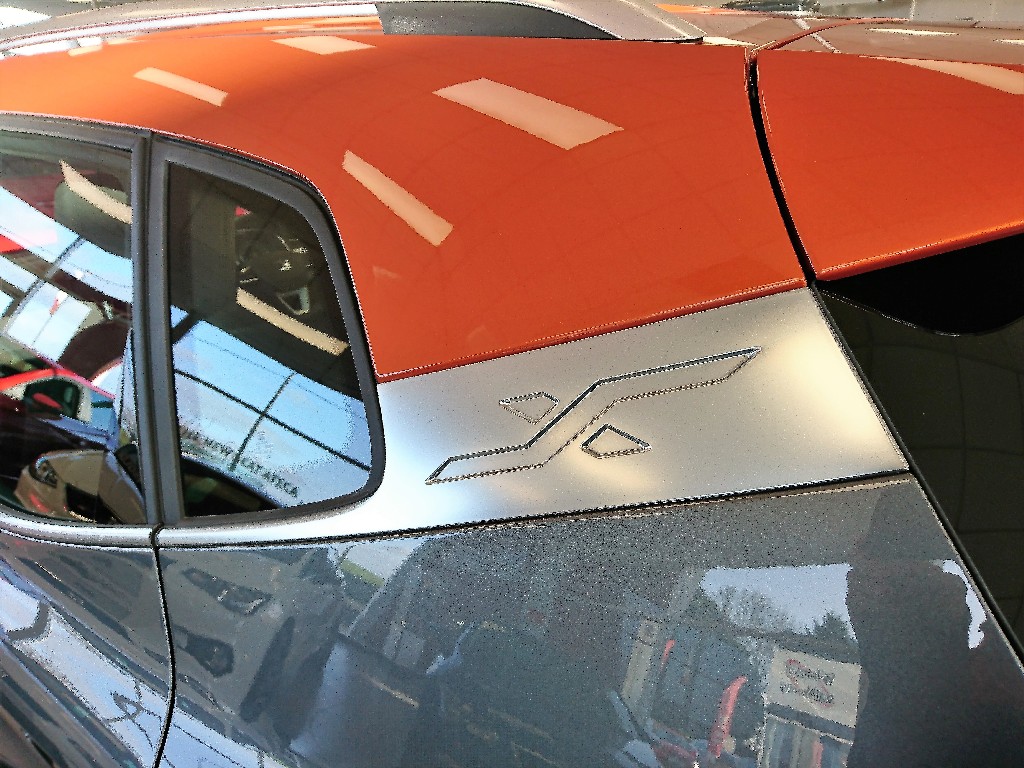 The level of customisation is also worth mentioning with soon-to-be-owners having the ability to choose from a staggering sixty eight half-and-half colour options for their Arona. We would pick a brighter shade as they compliment the Arona’s profile better and accentuate aspects such as the plastic cladding.
In all there are six trims. Even entry-level SE variants come generously equipped with electrically adjustable door mirrors, Electronic Stability Control, a five-inch infotainment touchscreen and all-round air bags standard fit. Our range-topping Xcellence First Edition added wireless phone charging, LED headlights, chrome roof rails and dual zone climate control. The touchscreen gains another three inches and comes with 3D mapping as well as park assist. Easy to use and find your away around the system also operates your music preferences. The graphics are crisp and the processing time is amongst the quickest in any small SUV right now. The only criticism we could find is that the screen tends to pick up fingerprints too easily and reflections through the front windows.
Given that Seat is controlled and owned by Volkswagen it comes as no great surprise to discover that interior quality is another plus point for the Arona.
In fact, fit and finish are among the best in class, with switches and knobs not only nice to the touch but also pleasant in their operation. And as opposed to these being positioned dead centre ahead they are subtly angled at the driving seat which provides ample cushioning and support for long journeys. There is no shortage of adjustment, either, meaning most will have a commanding view of the road head. A large front window allows plenty of light in to create an airy feel. Paired with some contrasting trim pieces on the dash and door panels, it helps inject some welcome colour. Without either it would be a sombre place. 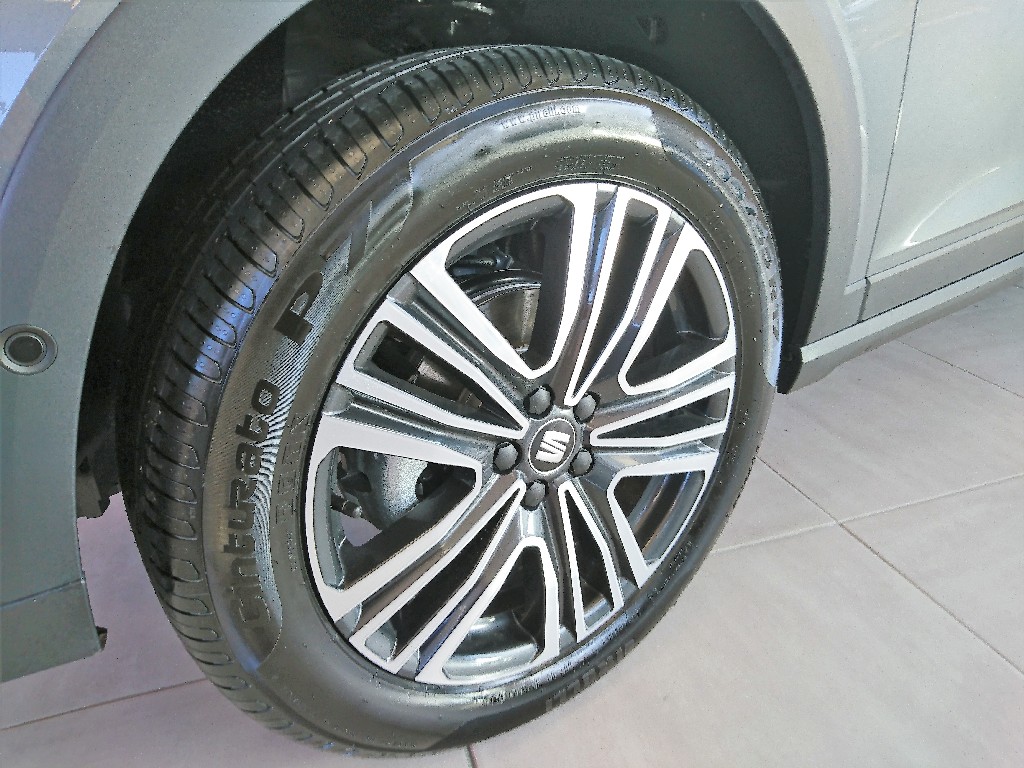 Some smaller SUVs are compromised when it comes to the subject of practicality - but not the Arona. It is well-packaged with plenty of head, shoulder and leg room - front and back. The only downside is that the rear floor is not completely flat so foot room is a weak point. A cavernous boot that can swallow 400 litres with the ability to raise or lower the floor, coupled with the usual array of bins and deep trays to store bottles and phones, help to free up cabin space.
Sound deadening materials enhance passenger comfort on the move as tyre roar - and wind noise - is kept to respectable levels despite the sporty set-up.
Contributing to strong refinement is the engine on test here. Comprising three cylinders, the one-litre turbo petrol manages a power output of 115bhp and a torque figure of 200Nm. It is punchy and revs out cleanly with a sub ten second 0-62mph time do-able. It is linked to a six-speed manual that allows you to make full use of the engine’s many talents. Seat claims a combined economy figure of 56mpg but expect closer to the low- to mid-forties. The one-litre also comes in 94bhp guise with a 1.5-litre turbo good for 148bhp, although this is reserved for the ‘FR’ line-up. Those interested in diesel power have two options: a 1.6-litre engine with either 94bhp or 114bhp. Diesel might be less refined and more expensive to buy initially but it promises better returns at the pumps.
Smaller displacement also means the Arona having to carry less weight over its front axle which, in turn, improves the balance and responsiveness of the Arona.
It feels light on its feet through corners, grips keenly and - for the most part - is roll free. The steering is nicely weighted with only the worst vibrations from our pockmarked roads finding their way into your hands thanks to polished damping. It can feel wallowy and unsettled on undulating country roads, though.
The Arona has its shortcomings but it is a fine effort from Seat with strong engines, appealing looks and composed handling making it a strong contender for the Best Small SUV crown.