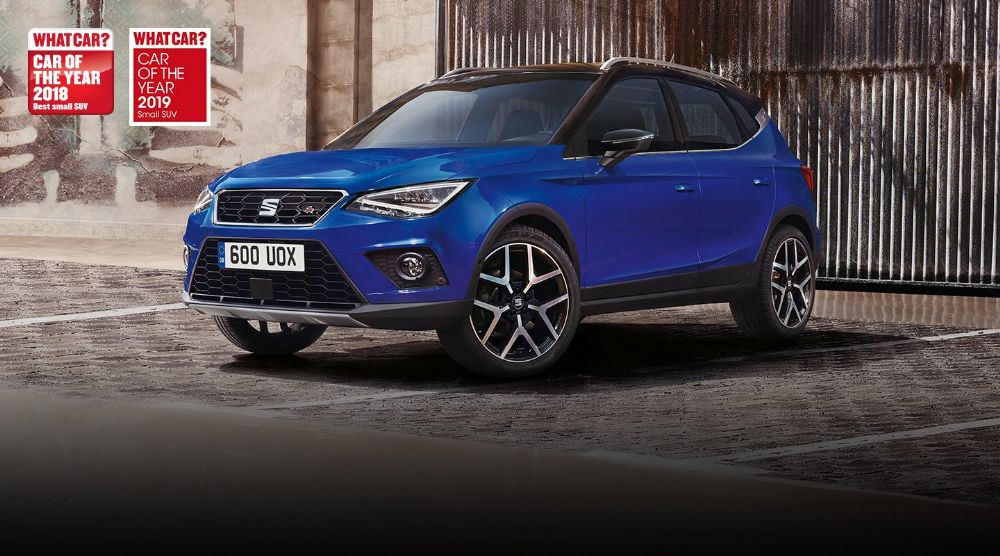 The Arona, which won the same award in 2018, with its 1.0 TSI 95 engine and in SE Technology specification, was praised by the panel of experts for its interior practicality, pricing, smooth ride and fun handling.

Commenting on the decision to award victory to the Arona for the second year in a row, Steve Huntingford, Editor, What Car? said: “It may be a small SUV, but the Arona has a large number of things going for it. Not only is it more practical than most rivals, but it's very well priced and feels grown-up to drive, with a settled, sophisticated ride and tidy handling.”

Richard Harrison, Managing Director, SEAT UK, said: “It’s no surprise to us that Arona has scooped this accolade again. It has made waves since its launch at the beginning of 2018 and was a major factor in our record sales last year, proving that consumers love it just as much as the experts.”

The Arona is available in four different engines and two powertrains – two petrol and two diesel engines, with either manual or DSG automatic gearboxes. What Car?’s recommended engine, the 1.0 TSI 95, is a petrol unit outputting 95 PS with 115g CO2 and 45.6-48.7mpg (combined) based on the WLTP guidelines.
The CUPRA Ateca SUV has won the inaugural Sports SUV of the Year category at the 2019 What Car? Awards at a ceremony in London this evening.
Judges commended the CUPRA Ateca for its unparalleled fun factor versus its more expensive rivals, costing just £35,900 OTR – thousands less than its rivals.
It’s not surprise that the CUPRA Ateca is turning heads amongst industry experts, with its mixture of interior space and exceptional performance delivered by its 300PS engine, 4Drive system and 7-speed DSG gearbox.

The award arrives less than a year after CUPRA became a standalone brand with the intention of offering even greater performance and design flair for enthusiasts who also want a high level of sophistication and sportiness.
Commenting on the decision to award the CUPRA Ateca as Sports SUV of the Year, Steve Huntingford, Editor, What Car? said: “CUPRA has managed to produce a car that’s every bit as fun to drive as more expensive rivals, despite undercutting them by thousands of pounds. In terms of smiles per mile, it's unsurpassed in the SUV market.”

Richard Harrison, Managing Director, SEAT UK, said: “For our new brand to win an award from What Car? is a great achievement and testament to the incredible talent and hard work of everyone involved. We knew that with CUPRA Ateca we had a special car on our hands and it’s exciting to see that recognised by one of the industry’s leading publications.”

The CUPRA Ateca arrived in the UK less than eight weeks ago and is the first model to be launched under the new CUPRA brand, delivering the highest performance of any SUV outside of premium manufacturers with 300PS and 400Nm of torque available from its 2.0-litre TSI petrol engine.

With a top speed of 153mph, the CUPRA Ateca can propel itself from 0-62mph in just 5.2 seconds. Its economy figures are impressive, too, with NEDC equivalent CO2 emissions of 168g/km and efficiency of 38.2mpg on the WLTP cycle.

Standard equipment highlights include keyless entry and start system, wireless charging, 8-inch touchscreen system, Dynamic Chassis Control and Park Assist. The CUPRA Ateca is priced from £35,900 OTR.
The cookie settings on this website are set to "allow all cookies". This is so that we can give you the very best experience while you're on our website. You can adjust your cookie settings at any time in your browser preferences. Privacy Policy I understand