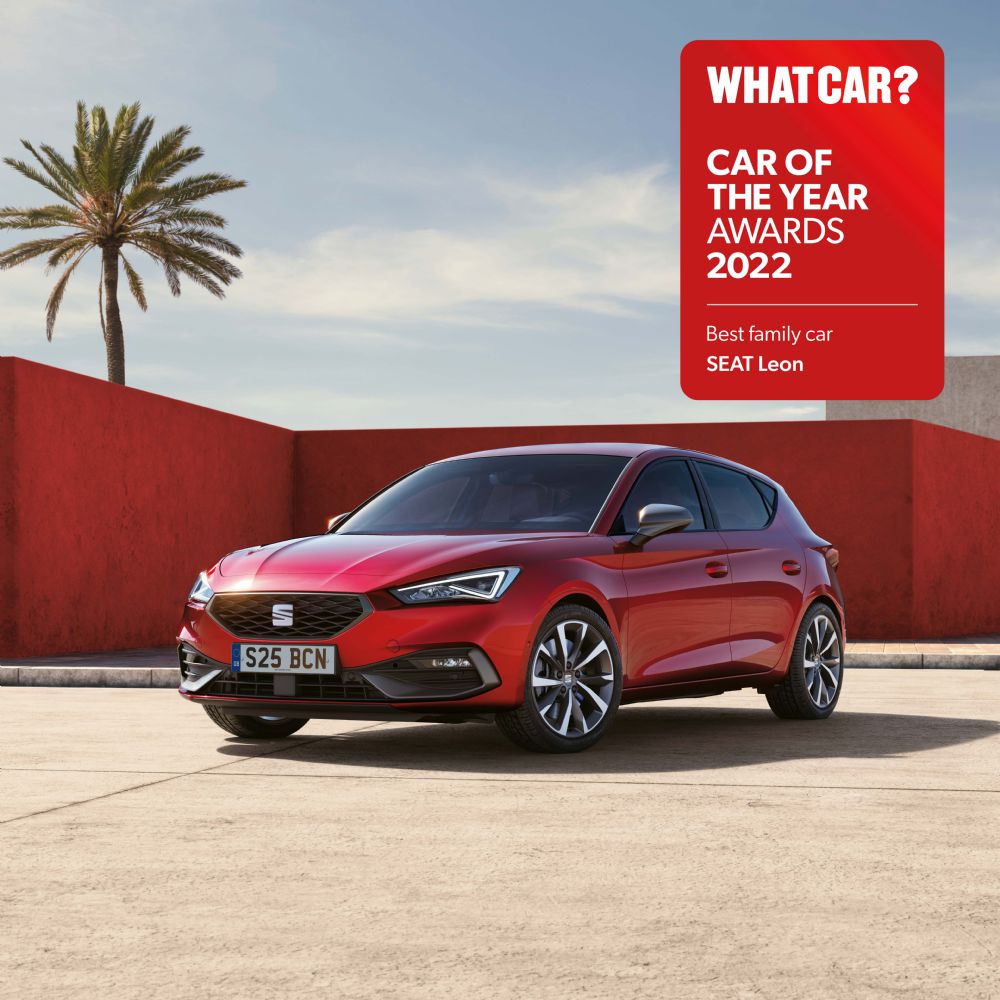 New Leon awarded a five star rating by What Car?The SEAT Leon 1.5 TSI 130PS FR has been named Family Car of the Year in the 2021 What Car? Awards.

The coveted trophy for one of the most hotly contested categories is the latest accolade for the New Leon which was launched in 2020. SEAT Leon also scooped third place in the Safety Award category, with What Car? assessors looking for five-star Euro NCAP ratings and high scores across all four categories: adult occupant, child occupant, vulnerable road user and safety assist, as well as standard-fit crash avoidance and driver assistance systems.

This accolade follows the success of being awarded a rare five-star rating by What Car? in 2020.The awards signal the very best cars to buy according to What Car? which formally revealed its picks during a week-long, entirely digital 2021 awards event taking place this week between 11–14 January.

Jim Holder, What Car? editor, said: “As a family car, the Leon gets the basics right by offering a big boot and loads of space for passengers. But it also serves up a very welcome slice of fun, feels classy inside and costs less to buy and run than you’d think. It's a fantastic all-rounder.” The New Leon has earned critical acclaim from across the industry – including the Best Buy Car of Europe at the AUTOBEST Awards – since its order book opened in the second half of 2020.Richard Harrison, Managing Director of SEAT UK, said: “The New Leon has moved the bar higher again in the segment. This recognition, in what is a fiercely contested category, is testament to SEAT’s determination to offer high-quality, beautifully designed, practical and fun cars to drive, at an affordable price point. “It was also great to see the Leon gain recognition for its level of safety; as a relatively affordable proposition, it has the potential to make a significant impact on the overall safety of the UK’s car parc.”
The cookie settings on this website are set to "allow all cookies". This is so that we can give you the very best experience while you're on our website. You can adjust your cookie settings at any time in your browser preferences. Privacy Policy I understand